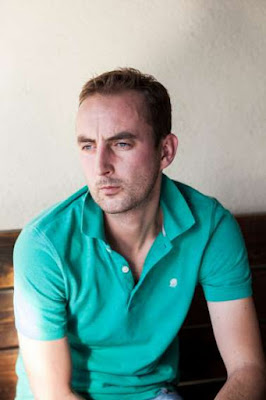 33-year-old British consultant, Mr. Rice was a successful and well-traveled professional, with close to seven figures in the bank, and plans for much more. And then he gave it all away, more than $718,000, in chunks at a time, to two Manhattan psychics who vowed to reunite him with the woman he loved. Even after they had discovered that she was dead.

“I just got sucked in,” the man, Niall Rice, said in a telephone interview last week from Los Angeles. “That’s what people don’t understand. ‘How can you fall for it?’”
There was even, between payments to one of the psychics for a time machine to cleanse the past, a brief romance.

In May, the police arrested one of the psychics, Priscilla Kelly Delmaro, 26, after Mr. Rice sought out a private investigator and decided to press charges. She was charged with grand larceny.

The man’s identity was not revealed in court documents. But Mr. Rice said he chose to come forward last week, after learning that the Manhattan district attorney’s office intended to allow Ms. Delmaro to plead guilty in exchange for a year in jail, and that it was unlikely that he would ever see any restitution. A hearing is set for Tuesday.

“I just want justice,” Mr. Rice said from Los Angeles, where he now lives. “I just don’t want her to do to anyone else what happened to me.” 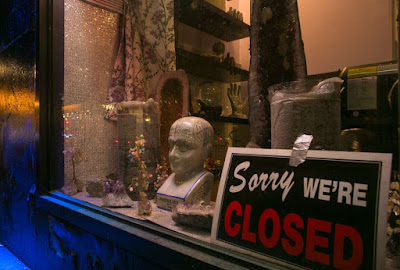 It seems almost unfathomable that anyone could be taken in so thoroughly, with such a breathtaking level of gullibility. And so, Mr. Rice’s story begins.
By the spring of 2013, he had earned hundreds of thousands of dollars in search engine optimization, drawing traffic to websites in exchange for commissions. He was raised in a poor family, and planned to buy his mother a house in England.
But he was troubled. Painfully uncomfortable in social settings, he drank heavily and used drugs, he said. That year, he flew from England to Arizona to enter a rehabilitation clinic for acute anxiety, he said. In the clinic, he met a woman named Michelle, another patient.

“We had such a strong connection, it was unbelievable,” he said. “I loved her deeply.”

But the relationship ended a couple of weeks after they left rehab, when Michelle overdosed on pills and returned to the clinic. She broke it off with Mr. Rice. He said he agreed it was for the best.

“I was moving on with my life,” he said. He came to New York and found a bed in the McKibbin lofts in East Williamsburg, Brooklyn, two former warehouses filled with makeshift apartments that are often likened to a rowdy dormitory for young newcomers.

Depressed one day in August, he walked over the Williamsburg Bridge to Manhattan and spotted a psychic shop on Delancey Street. “And I went in,” he said. (In a previous written statement to the police about this day, Mr. Rice claimed to have visited a psychic in Times Square. In fact, he said on Thursday, he was on Delancey. His Times Square encounter was still two months away.)

He met a psychic named Brandy. “She knew a lot of stuff,” he said. Stuff about him. “‘I saw that you were connected to this girl,’” she told him.

He told her about Michelle. “She said, ‘If you could choose, would you want to be back with her?’” he said. Yes, he said.

She asked for $2,500 that day, and he withdrew it from a nearby Chase bank. She said he would have his money back soon.

He continued. “It wasn’t like saying, ‘Give me 10 grand and I’ll tie your shoelaces,’” he said. “There’s a half truth in there, there’s something in it. This whole psychic scam is based on them knowing what’s going on in your life. They have a gift.”
He bought a $40,000 ring from Tiffany’s for Brandy to ward off evil spirits. He spent his birthday with her and her family, and they cooked him a steak. But he lost faith in her. He had recently visited Michelle in California, a disastrous five-minute conversation on the sidewalk.

“The whole way I was caught up in it, she said afterward I was acting weird,” he said.

So he shopped around for a new psychic. He drove to work in Midtown Manhattan and parked his car in a garage near Times Square, on West 43rd Street. He noticed a psychic parlor across the street. There, he met Ms. Delmaro, who called herself Christina, Mr. Rice said.

“She somehow said all the right things,” he said. “It sounds mad now that I’m saying it.”

He led a double life. “I’d go to Christina and talk about Michelle for an hour, and go back to the office. She wouldn’t leave me alone. She was like family.” He paused and added, “I needed my mum, really.”

He kept his visits to the psychics largely to himself, but eventually mentioned Christina to a roommate from McKibbin, Lauren Horton.
“He seemed like a normal guy,” Ms. Horton, 34, a graphic designer, said Friday. But his faith in Christina, and the money he was paying her, was something else altogether.

“It was insane to me,” Ms. Horton said. “I told him many times he was out of his mind. He was convinced that if he didn’t pay her for the work she was doing for him, bad things would happen to him.” She likened his ongoing visits to the psychic to an addiction.

Mr. Rice moved out of East Williamsburg to an apartment on the Lower East Side, and invited Ms. Horton over for Christmas. Christina was there. “I didn’t like her because I knew what was going on,” Ms. Horton said.

Mr. Rice said he had just paid Christina $90,000 that she said was needed to build a bridge of gold in another dimension to trick an evil spirit that was haunting Michelle. He called her and told her Michelle was dead.

“Christina said, ‘Don’t believe it,’” he said. “‘If you believe it, it’s true.’”
She said she could help get Michelle back — a reincarnated Michelle, a new Michelle.
Then things escalated.

“I slept with Christina,” Mr. Rice said. “We slept together once. It was a massive mistake.”

Ms. Delmaro’s lawyer, Jeffrey Cylkowski, said the relationship throws his accusations of theft into question. “If you’re involved with somebody, was it a gift?” he said.

Mr. Rice left New York and moved to California, where he had briefly lived. He said Christina emailed him constantly about visions she had of a new Michelle: “‘I just saw someone in the supermarket; it might have been her.’”

Christina told him she was broke because she had no time for other clients. “She was homeless, she’d lost everything for me,” Mr. Rice recalled being told. “I believed she lived in a church.”

He met and dated a woman who Christina led him to believe was the new Michelle. He questioned her, looking for common traits — “I was being weird” — and the relationship ended.

He flew back to New York and met a private investigator who identified Christina as Ms. Delmaro, who had been arrested previously in Florida. Mr. Rice pressed charges in May, giving the police bank records showing the payments.

He later acknowledged that his statements were incomplete: He accused Ms. Delmaro of taking all his money, leaving out the two months he spent consulting with the other psychic, Brandy, because he had resumed contact with her and now believed she was protecting him from possible retaliation, he said. He later amended his complaint. Brandy has not been charged with a crime.

The district attorney’s office said it would not comment on the case before it was resolved.

Mr. Rice’s misstatements, and the affair with Ms. Delmaro, did not help his case, the private investigator, Bob Nygaard, acknowledged. But they are not unusual, he said.
“The things that make a person a perfect mark also make him a bad witness,” Mr. Nygaard said. He said prosecutors could have done more to seek out other potential victims of Ms. Delmaro.

Mr. Rice went broke. He lost his apartment in Manhattan and sold his BMW, expensive watch and laptop. He asked his father for a few thousand dollars. Now, he said, he is barely making his rent payments of $500.

Last week, Mr. Rice said he wants to return to England, “I’m trying to get it together”, but acknowledged that he had been drinking again of late, including the day of the interview.