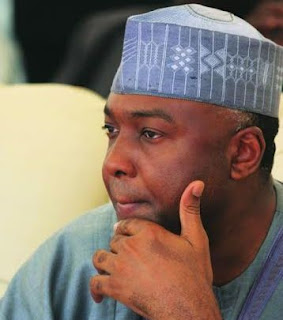 Hours after the Code of Conduct Tribunal issued a bench warrant for Saraki’s arrest for failing to appear in court in his ongoing trial for alleged false asset declaration, the Nigeria Police has vowed to arrest Saraki and produce him to the tribunal by Monday September 21st. The police force public relations officer, Mrs. Olabisi Kolawole said today

“We are going to promptly arrest the Senate President, Dr. Bukola Saraki and produce him before the Code of Conduct Tribunal on Monday. Since it is a bench warrant issued by a competent court, the order will be carried out without delay. We don’t want to pre-empt anything,” she said in an interview with The Nation