Photo: Kenya women protest over the dwindling performance of their men in the bedroom and failure to get them pregnant

Photo: Kenya women protest over the dwindling performance of their men in the bedroom and failure to get them pregnant 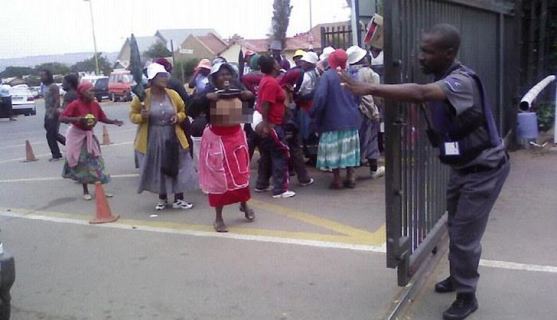 Yes, you read that right..lol. According to a Kenyan website, Tuko, a section of women from Limuru, Kiambu county, Kenya, held a peaceful demonstration on Thursday, September 3 in Ndeiya ward claiming that most of their men, including young men, have failed to perform their conjugal rights and impregnate them. The women said the trend was worsened by high levels of alcohol consumption which saw many men abandon their families.

The women further claimed that only a few newly married women are currently pregnant with the rest of the bulk dreaming about ever having a baby since men have failed to impregnate them.

"If you walk in this village, you will find so many young married women but only a few are pregnant," Nancy Wangare, one of the protesters said.

The women threatened to move outside Kiambu to other counties where they can find real men who are serious enough to impregnate them. They further called on government to make strict laws restricting drinking from 5pm to 11pm for week days and 2pm-11pm for weekends.